How Should a Catholic Choose Entertainment? 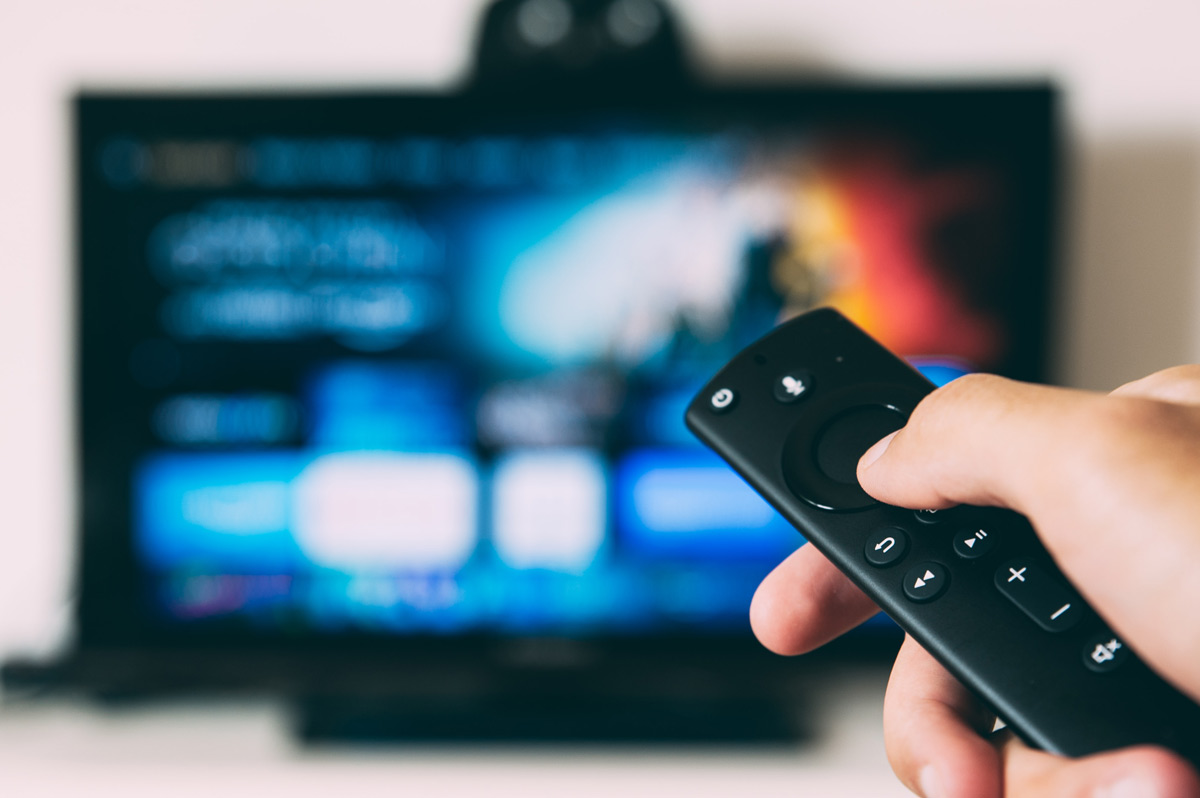 With the Internet and the rise of streaming services, we’re inundated with entertainment, a lot of which reflects anti-Christian values. How many books, movies, or TV shows have you encountered recently where religious faith was mocked, atheism was taken as the default worldview, or casual sex was the norm?

So what’s a Catholic to do? Do we have to avoid all entertainment that isn’t 100% in tune with the Faith? Of course not. But it’s important to make prudent choices about what you put into your imagination, and to avoid things that present temptations for you.

Here are four points to consider when choosing secular books, movies, TV shows, and other types of entertainment for you and your family.

1. What Messages Are You Being Sold?

Writers and filmmakers can easily slip worldviews and messages into the public consciousness through entertainment, because people love stories. These messages can be good and promote a Christian worldview… or not.

I’m not just talking about stories with an obvious theme, like the movie It’s a Wonderful Life, where Clarence literally says the theme out loud. Themes are one way to promote messages in stories. But even sitcoms, which typically don’t contain very deep themes, promote worldviews through the attitudes of the characters, what the writers make jokes about, and what is presented as normal. For instance, The Dick Van Dyke Show affirms 1960s family values, but suggestive jokes and casual sex aren’t unusual in the 2009–2015 sitcom Parks and Recreation.

When you’re enjoying a story, it’s sometimes hard to reconcile fondness for a character’s witty or charming personality with the fact that some of their choices aren’t ones to imitate. Writers can make anything happen in a story, even unrealistic things. But good art shows the truth, goodness, and beauty of our world—and ultimately, of God—through its characters, plot, themes, and overall worldview.

After reading a book or watching TV, think about it or talk to a friend about it. Was it a good story? Was it accurate to real life? Was it well told? How does it relate to the Catholic view of the world? Don’t get into the habit of passively bingeing stories, letting yourself absorb messages without realizing it.

Many Christian parents are very protective of what their kids watch and read, and for good reason. There’s a lot of garbage in today’s entertainment offerings that kids of an impressionable age shouldn’t be exposed to (and most adults don’t need to be, either). Age appropriateness and maturity level should always be considered when deciding what you, your friends, or your children watch and read. And some entertainment is so infused with harmful themes, darkness, or explicit imagery that even mature adults should avoid it.

However, ‘clean’ entertainment isn’t automatically equivalent to good entertainment. This can cut a few different ways.

First, many well-intentioned Christian filmmakers create clean but cheesy faith-based movies that don’t address real questions about Christianity in an honest way. The popular God’s Not Dead films prop up atheistic strawman arguments, which the Christian protagonists defeat easily (and perhaps a bit smugly) after a few setbacks. Overall, the way the situations are presented is not true to life.

On the flip side, a story can be ‘clean’ but have an anti-Christian worldview. I personally love science fiction, but especially in this genre, stories are covertly (or overtly) colored by atheism. There are many episodes of Star Trek that are pretty family-friendly in terms of sex and violence, but that propose ideas contrary to Catholic teachings and philosophy.

That being said, good art doesn’t have to shy away from the ugliness of our fallen world. In movies, for example, R-rated violence can be used in a valuable way to demonstrate the gravity and harsh reality of a situation. There’s a difference between a movie that glorifies war through gratuitous violence, and a movie that shows the horror of soldiers’ experiences in World War II for the benefit of younger generations. Again, though, there are the prudential questions of viewer maturity, and how much is too much.

3. Notice the Effect on Yourself

When you do an examination of conscience, consider what role entertainment may play in the sins you keep confessing. Do you find that watching a certain TV show presents a certain temptation or leads you into sin? For example, do you find yourself imitating the rude put-downs of characters in a sitcom? That may be a sign that you need to stop watching that show, or at the very least, that you should take a break from it.

Are you reading a book that contains anti-Christian themes that are causing you to question your Faith? Go look up some answers and figure out what the truth is. Don’t rely on popular authors for quality philosophy and theology.

Not all the characters in good stories are saints. Many classic works of literature, such as Fyodor Dostoevsky’s Crime and Punishment, Leo Tolstoy’s Anna Karenina, or Jane Austen’s Emma, are classics because they portray imperfect people who wrestle with the consequences of their good and bad decisions.

Great stories by 21st century Christians do exist, as do stories made by non-Christians that are grounded in truth. Support the artists who are producing these kinds of entertainment; many struggle to keep in business and face anti-religious bias from Hollywood executives. Find the films, TV shows, and books that are uplifting and that challenge you to be a better person, a good citizen, a loving family member, and ultimately a saint. Look for the stories that lead you to encounter God.

Who are your favorite authors, filmmakers, songwriters, and artists? What do your favorite stories say about the world and how we should live our lives?

We also have more Catholic media resources (books, music, books, and podcasts) on our Resources page!

Are you looking for ways to apply your Faith to your daily life and become a saint? We publish practical Catholic reflections on ordinary life every Monday and Friday.

The Parable of the Talents: When One is Worth More than Five

You might be familiar with the parable of the three servants entrusted with different numbers of talents. The classic interpretation of this parable says that the talents represent our different gifts and abilities.  Some people have more, some less, but we’re all called to use our gifts for God. Recently I heard an alternative interpretation…

END_OF_DOCUMENT_TOKEN_TO_BE_REPLACED

God could have redeemed us in any number of ways, but He didn’t.  He chose the Incarnation as the best way to save us.  Why?

END_OF_DOCUMENT_TOKEN_TO_BE_REPLACED

“Created in the Image of God” – The Human Body in Theology

Catholics are known for many things. One is the set of ‘calisthenics’ we perform at Mass, which often bewilders newcomers—we stand, then sit, then stand again, sit again, stand again, kneel, etc. Another is the belief in the Real Presence…